During her first year, she earned Second-Team All-Conference honor. 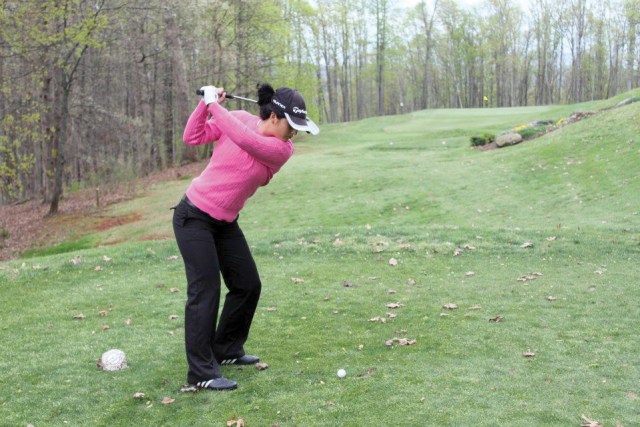 She led the Lady Bulldogs in six out of their 10 tournaments. She continued to shine during her sophomore year when she earned the program’s first individual win in the 2012 Century Link Invitational.

She also finished in second place at the King Invitational as well as the Trojan and Conference Carolina’s Championships.

During Zine’s junior season, she had nine repeated top-10 finishes before she was injured, which caused her to miss the Conference Championships. She is coming off back-to-back First-Team All Conferences honors with a 78.78 scoring average both years.

She holds individual records for the women’s golf team, which include the 18-hole score, 36-hole score, and single and career average.

Zine was the first women’s golf player to sign a national letter of intent in the sport history. She graduated from Will C. Wood High School where she was named the All-Monticello Empire League Player. She has two older sisters, also golf standouts who held number one spots on their high school women’s golf team.

Zine said that during the recruiting process she found Barton through golf profile recruiting website.

“Coach (John) Hackney called me and I was interested because I was going to be a part of the first women’s golf team at Barton, so to start the program really interested me, as well as the small campus,” said Zine.

The adjustment for the Californian was not as easy as she envisioned.

“It was a huge transition. I am not use to humidity or the cool weather. Everything is different here than what I am used too,” said Zine.

Zine said she feels her level of play has greatly improved since her freshman year.

“I put in a lot of hard work that made me shave off a lot of strokes,” she said. “It’s all about believing in yourself and I have learned to not play scared anymore. I have done a lot that I never really thought I would and I am proud and blessed.”

“For my last season I hope that I can put up some good rounds in the 70s. As far as our team, I hope that we can all have a great season and we can be seen as a threat in our tournaments. It would be nice to walk away from Barton knowing that we tried our hardest and we left everything out there on the course,” said Zine.