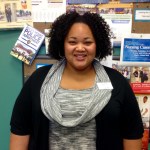 Farley is the assistant director for career development and is willing to assist any student in need.

Farley is originally from Burlington, but moved to Wilson in June. She received her undergradate degree in English at UNC-Wilmington, obtained her masters in adult education at NC A&T State University and is studying to attain a doctorate in higher education at Old Dominion University in Virginia. She said she is writing her dissertation.

Having last worked in Florida at Bethune-Cookman University in residence life, Farley decided she wanted to return to career services and that she also wanted to be closer to her home—Burlington, N.C. With Barton offering a position in career services and also being located in North Carolina, she decided to accept the position. Farley said the friendly nature of the people made it easy to accept the position.

Farley said her favorite part about being on the Student Success staff is being able to see students succeed. She has had a welcoming experience at Barton College. Farley said, “The people are friendly at Barton; they are supportive and helpful.”

During her time at Barton, Farley plans to make Career Services more accessible to students through her “YO! Farley chats.” She hopes to implement her plan with the help of many departments on campus by forming partnerships.

Farley said that she also has intentions of establishing a connection with local employers to provide students with more job and internship opportunities. 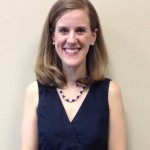 Taylor is the assistant director of academic support and is excited to become a part of the Bulldog staff.

Taylor is a native of Rocky Mount and said she was thankful to receive a working a job that is close to her home.

As assistant director of academic support, her job is primarily to coach the students. She is also responsible for tutoring services such as peer tutoring, math lab, smart thinking and online tutoring. She hosts workshops and works with the care team as well, which is a support team that tries to make sure students are successful.

Taylor is a graduate of Meredith College, where she studied speech communication with a minor in Spanish. She was a minister at both Wingate Baptist Church in Wingate and St. John’s Baptist Church in Charlotte. She has worked at Wingate University as a success coach and first year adviser, and she also opened her own business called, “Blythe Taylor Coaching.”

While on vacation in May, Taylor visited her family farm in Rocky Mount and realized how much she missed being close to home. After looking for positions around her hometown, she found an opportunity at Barton. She said that knowing Angie Walston, the assistant dean of student success, also had an influence on her decision to come to Barton.

Taylor said that her favorite part about joining the staff was “getting to know the people and the variety that comes with the job; it is all so nice.”

Taylor also said, “The people at Barton are very friendly, welcoming, and kind. There is a sense of love here; people tend to genuinely care.”

She believes that the Barton community does good work as it prepares students for their futures.

During her time at Barton, Taylor’s main goal is to help students be successful. Taylor said, “I hope to be a part of President Searcy’s vision to help more students be successful academically and otherwise so that they can graduate on time and with outstanding skills as a result of their choice for Barton.”

The center is located in the back corner of the Hackney library and the hours of operation are Monday through Friday from 8:15 a.m. to 5 p.m.